Today’s missive is about the failure of success.  This phrase is a take on the one coined in a paper I often reference by Dean Ludwig and Clinton Longenecker entitled The Bathsheba Syndrome: The Ethical Failure of Successful Leaders. This came to mind once again as I was reading the morning paper and discovered an article on yet another Naval Officer pleading guilty to bribery and conspiracy  charges  in conjunction with the Fat Leonard debacle.  Here’s another sad failure of a successful individual.  Perhaps this commander was an otherwise decent guy.  But how does a decent guy, a successful Naval officer, wind up in the throes of bribery and prostitution?  Before I sound too self-righteous, I should point out that there is a dark side to each of us.  I just finished reading a great book by Christian Miller entitled The Character Gap: How Good Are We?  The theme of this book was that we all are some mixture of good and bad.  Most people wind up between the extremes.  Surprisingly, we tend to think we are not a bad as we might actually be, and  we almost always overlook our flaws.  This problem of human nature gets magnified when we become successful, making it all the more important to constantly evaluate our behavior. The book ends with some strategies to keep one on a virtuous path.  There is one interesting strategy worth mentioning here, “nudging toward virtue.”  The basic premise is that there are little “nudges” you can make which tend to move one towards a more virtuous life.  The analogy used is called “Fly in the Urinal”.  There’s an airport in Europe that was having real trouble with maintaining cleanliness in the men’s room. Signs urging guys to pay more attention to doing their business apparently didn’t have much effect. 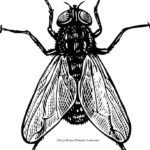 By engraving the image of a house fly in the bottom of the urinals, spillage decreased 80%.  The signs were a hammer, the fly was a nudge, but many times more effective than the hammer.  (I’m reminded of the sign in the men’s room at Penn Station in New York: ONLY ONE PERSON PER URINAL) Nudges can be little things, giving blood, giving a homeless person a buck at a stoplight, a quick thank you to the janitor, etc.   While nudges won’t necessarily turn things around, they are a reminder that each one of us could do better.

Back to failures of success. Examples are everywhere.  I always introduce myself as a ‘twice-failed” retiree.”  I just can’t seem to get this retirement thing right.  Many small businesses fail because they are wildly successful as an 8(a), but fail to make the transition to big business.  Football teams can be highly successful for 58 minutes of a game, only to revert to a “prevent defense” for the last two minutes.  They stop doing the things that made them successful for most of the game and the opposing team takes advantage of this lapse. Senior leaders destroy brilliant careers by outrageous behavior. They, too, abandon what made them successful all their career. 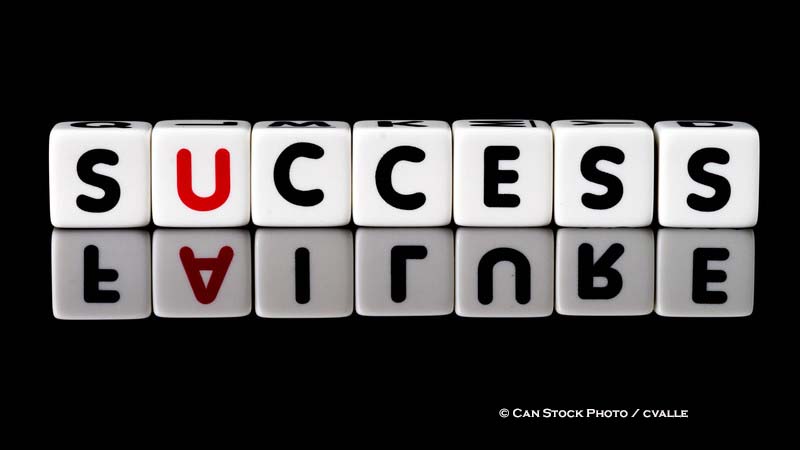 It seems to me that the worlds of success and failure are very much alike:

So how does a successful person avoid the “failure of success”, succumbing to the Bathsheba Effect? How does one stay on the success side of the fine line?(This is a good place to point out that I firmly believe that the more successful you are, the more susceptible you become to the failure of success.)  Besides the aforementioned Nudge to Virtue, Here are a few of tips I found useful:

2 Replies to “Failing at Success”